In 1999 "The Agency of Mapping" was a clarion call [1], ushering in a wildly productive era of the totalizing master project [2].  And this way of working has shaped the concerns and projects that have been the loudest in landscape and architectural research for at least a decade- think of the new direction at the GSD as well as the pivots at prominent architecture schools like Michigan, or the host of art and sociology projects concerned with infrastructure.

In that essay James Corner implored that we “make maps, not tracings” and went on to make a powerful case for maps that do things.  He persuasively argues that maps should “look nothing like their subject, not only because of their vantage point but also because they present all parts at once, with an immediacy unavailable to the grounded individual.  But more than this, the function of maps is not to depict but to enable, to precipitate a set of effects in time” (p 225).  With all of the frothy commitment this engendered from designers eager to get operational with some stuff, a few major points were missed.

A key assumption implicit in this essay, which the above quote makes very clear, is that the map is conceived as encompassing everything within its bounds- everything is flattened, and the mapmaker decides what to bring to the surface.  According to Corner this allows the would-be designer to structure hierarchy, stage events, or otherwise realign relationships to create new possibilities.  Well never mind that this is a bit creepy, what with the amount of power it wants to impart to the mapmaker (just because it’s creepy don’t make it not true).  Plus there is the topic of denying agency through extreme generalization and abstraction to everything from the lowly homeless person, the smelly mycorrhizal mycelium that is girdling an idealized tree plantation, a bombogenesis microburst that will cleave a gully in your engineered wetland, or the potent M1 Abrams operation team responsible for executing the militant mapmaker’s order.  But that is for another post.  My concern today is that this attitude belies a tendency towards a totalizing sameness that, when blended with the avowed interest in performance, efficacy, and affect lends itself to deterministic designs:  “Of course this is the set of outcomes that will be achieved.  Look at this mapping project- how could it be otherwise?” 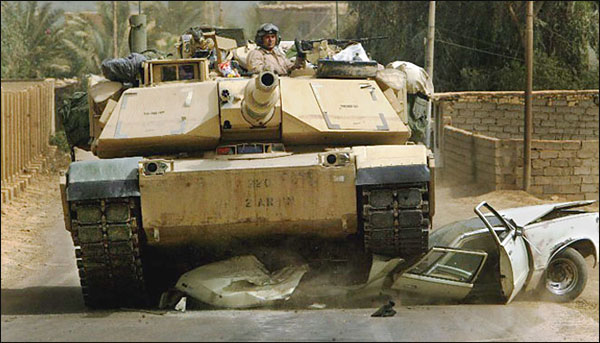 [there may very well be an agency of mapping, but in this situation I would be more concerned about the agency of steel]

Recently I’ve been pursuing a basic understanding of topology in hopes of learning how it might inform landscape practices.  One of the ways is quite simple and directly related to mapping:  no manifold can ever be represented on a single chart.  A plurality of coordinated charts is needed.  In topology representations are called charts when related to Euclidean space; it’s a similar idea to maps, though with differences worth exploring further in the future.  An atlas is a collection of consistent coordinate charts.  Nonetheless, if we assume that the concept of a manifold is a good description of a landscape (an assumption that will be the subject of another future topic) then no landscape can ever be represented on a single map- a plurality is needed.  This simple lesson seems helpful because it allows us to maintain many of the useful concepts and much of the great work done by Corner in this essay while developing some of the conceptual tools needed to overcome the limitations of the work.  Specifically, it brings up the question of what, exactly, would we learn by having multiple mappings of the same landscape?

A second assumption that has been a severe limitation on the theoretical project of landscape urbanism and the rise of mapping has been the importance given to a rather blasé, Eurocentric notion of context.  Corner uses the French concept of milieu to define context as “surrounding, medium, and middle… having neither beginning nor end, but surrounded by other middles, in a field of connections, relationships, extensions and potentials [sic]” (224).  The local site is then situated in this field condition of potentials, extensions, and relationships that are literally limitless and always in the middle.  This sounds exciting, and would have been novel if this were the fifteenth century and Nicholas Cusa had written it.   In reality, this correlation of context with an abstract, limitless space is lazy and has given context a bad name [3].

The idea of space with no periphery, only centers, is directly connected to the perspectival mode of representation developed during the Renaissance and translates relatively well to many of our current modes of working- think the autocad UCS that you can move around in three dimensions, making every point a potential center with no periphery in sight no matter how far you pan or zoom.  This is the milieu from which mapping projects are drawn out.  Unbelievable.  In this approach the world is a Don Henley song- everything, all the time- an ahistorical, naturalized rumbling ether from which the mapmaker draws out meaning and constructs reality through their conceptual somersaults and technocratic bench press reps, and it tends towards a self-evident attitude [4].  This approach was dissected and assailed, perhaps a bit unfairly, in Peter Connolly’s critique of landscape urbanism [5].

The concept of context might be rescued, expanded beyond this Enlightenment Age interpretation.  And not only by modern thinkers such as Latour and Harman, and mathematics, but also by an understanding of the work of one of Cusa’s students- Giordano Bruno.  Like Cusa, Bruno argued for an infinite space.  However, Edward Casey points out that Bruno’s infinite space was not defined by a series of centers with no perimeter, a sort of three-dimensional Cartesian grid expanding forever.  Rather, for Bruno there was nothing but perimeter- everything was on the edge and there was no center.  As such, infinite space was not extensive but intensive, and the production of space was not an act of colonization, but one of formation.

Projects in mapping and landscape urbanism of the last two decades have opened up new avenues and recovered powerful conceptual tools for landscape-making.  However, they generally privilege abstraction and belie a self-evident and deterministic attitude.  This tendency reared its head despite the best intentions to create maps where “space is situated, contingent and differentiated,” [p 227].  Mapping projects manifest a desire by contemporary designers to get beyond urban design as a formal pursuit in order to grapple with complex realities of the landscape.  Corner believes David Harvey when he argues that “the struggle for designers lay not with spatial form and aesthetic appearances alone (the city as a thing) but with the advancement of a more liberating processes and interactions in time,” (p 227).  However, the type of mapping that landscape urbanism has offered- relations based and concerned with demarcating or staging new centers within some ill-defined infinite abstract space known as milieu- is far from the only form or perfect method with which to contend with this charge.  By creating charts, not making a map, landscape architects might be able to surpass the tendency toward a totalizing sameness- moving away from generalizations and toward specifics.

1. This was noted by Peter Connolly who wrote of Corner in 2005 that “his notion of mapping, borrowed from Deleuze, is probably the most influential landscape architectural notion of the last decade.”
2. What I’m calling the master project is a bit different from the master plan in that it is not always plan based, relying more heavily on diagrams and maps; Corner is careful to distinguish mapping from masterplanning on page 224.
3. Bruno Latour in his work Reassembling theSocial takes this vague and lazy notion of context to task.
4. Our feelings about Don Henley are best said by The Dude:  “I hate The fucking Eagles, man.”
5. The Mesh Book was a great publication that went largely unnoticed; in it Connolly also forcefully states that architecture and landscape are radically different media, a notion that we agree with wholeheartedly but one that is rarely asserted in contemporary discourse, in part because architecture is always trying to eat landscape.
Posted by Brian Davis at 5:42 PM