Our southern correspondent H Willis Montcrief reports on a fascinating project that has popped up in Central Virginia.  Known as the Foam Dome Home, the project is an experiment in living- part Heideggerian hut, part space ship, part modernist utopia.  It’s like the first house, but from the future. 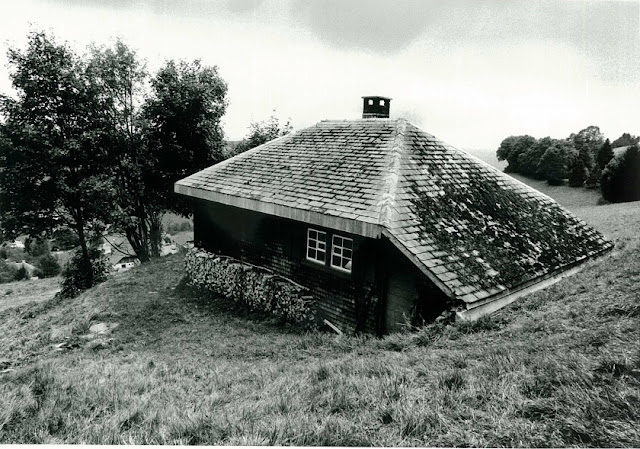 The project is the home of University of Virginia landscape architecture graduate student Seth Denizen and is wonderfully documented here.  It is a technical and ad-hoc amalgamation of expanded polystyrene, bamboo skewers, salvaged pallet racks, an old wood stove, heat-formed plexiglass, and a “fabric reinforced elastomeric system used to recover aged and deteriorated metal roofs.”  On the blog you can follow the project through the materials collection process, fabrication, construction, and the recent confrontations with hurricanes and earthquakes, all rendered with lots of detail in a delightfully acerbic tone.

Now, dome homes made of foam are not a particularly novel idea, having been around at least since the 60’s when hippyism and the Space Race combined to create an unparalleled utopian stew.  Their applications range from hippie enclaves to mass produced hobbit homes spread across the Japanese landscape like ticky-tack mushrooms.  But there is much to like about this particular foam dome home- the beauty, the resourcefulness, the conceptual rigor and sophistication, the lack thereof regarding architectural detailing, and the willingness to live in one’s own experiment.  The applied technologies run the gamut from cow fencing found in central Virginia applied as transverse bracing to a three axis Onsrud router with a “50 square foot milling bed divided into two independently controlled vacuum tables.”  The foundation for the dome is a platform made of pallet racks and reminiscent of the modernist pilotis ideal but springing from a pragmatic concern- making a side entrance into a dome is hard, but entering from the bottom is easy.


But the aspect we love best about the project is the way it creates a sort of landscape delicatessen- the bringing together of all sorts idiosyncratic characters (the Onsrud router, cow fencing, a central Virginia hill, refuse foam from a Worcester construction project) and setting them into new and surprising relations to one another, all within a specific place.  This suggests a materialist definition for landscape that gets beyond picturesque scenery, green infrastructures, snazzy noun urbanisms, or dynamic flows (all of which we tend to rely on).  This project suggests that the concept of landscape might be understood as a set of objects and their relations set within a bounded, larger context. 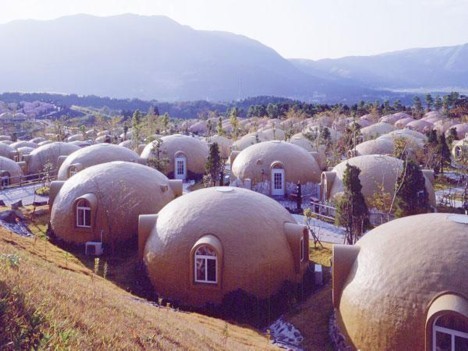 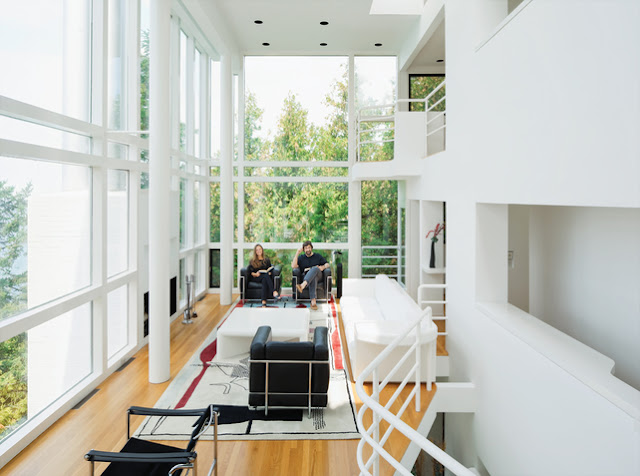 [foam dome home is like the Douglas House by Richard Meier, except the total opposite; image from Dwell] 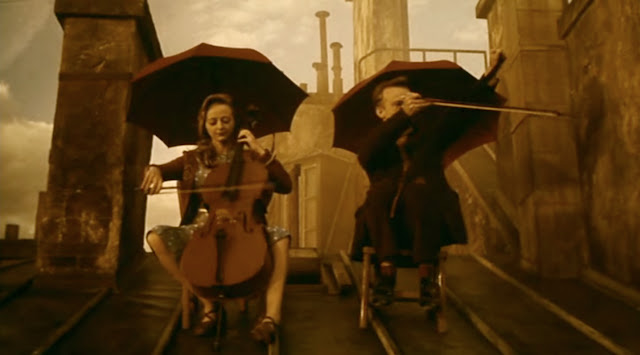 [a foam dome-type landscape, from the movie Delicatessen]
Posted by Brian Davis at 4:10 PM